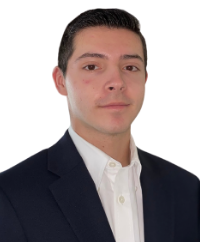 Michael Leven is an analyst for the Litigation Support practice at Applied Marketing Science (AMS).

In his role at AMS, Mike is involved with all aspects of litigation market research projects, including exploratory research, survey design and testing, data collection and analysis, and report development.

Before starting at AMS, Mike attended Brandeis University, where he double-majored in Psychology and Sociology and minored in Legal Studies. At Brandeis, he worked as a research assistant in the University’s Lifespan Developmental Psychology Lab, where he contributed to a project investigating changes in the creativity of inventors based on their output of patents over time. In his senior year, Mike received the Legal Studies department’s Internship Research Prize for his paper on the impacts of criminal justice reform on individuals with mental illness. Outside of his studies, Mike was a member of the club soccer team and served as its captain for two semesters.

From Wakefield, Massachusetts, Mike loves to watch the Boston sports teams keep winning and hates to shovel snow in the New England winter. In his free time, Mike can be found watching television crime dramas, exploring downtown Boston, or getting too competitive while playing Spikeball with friends.